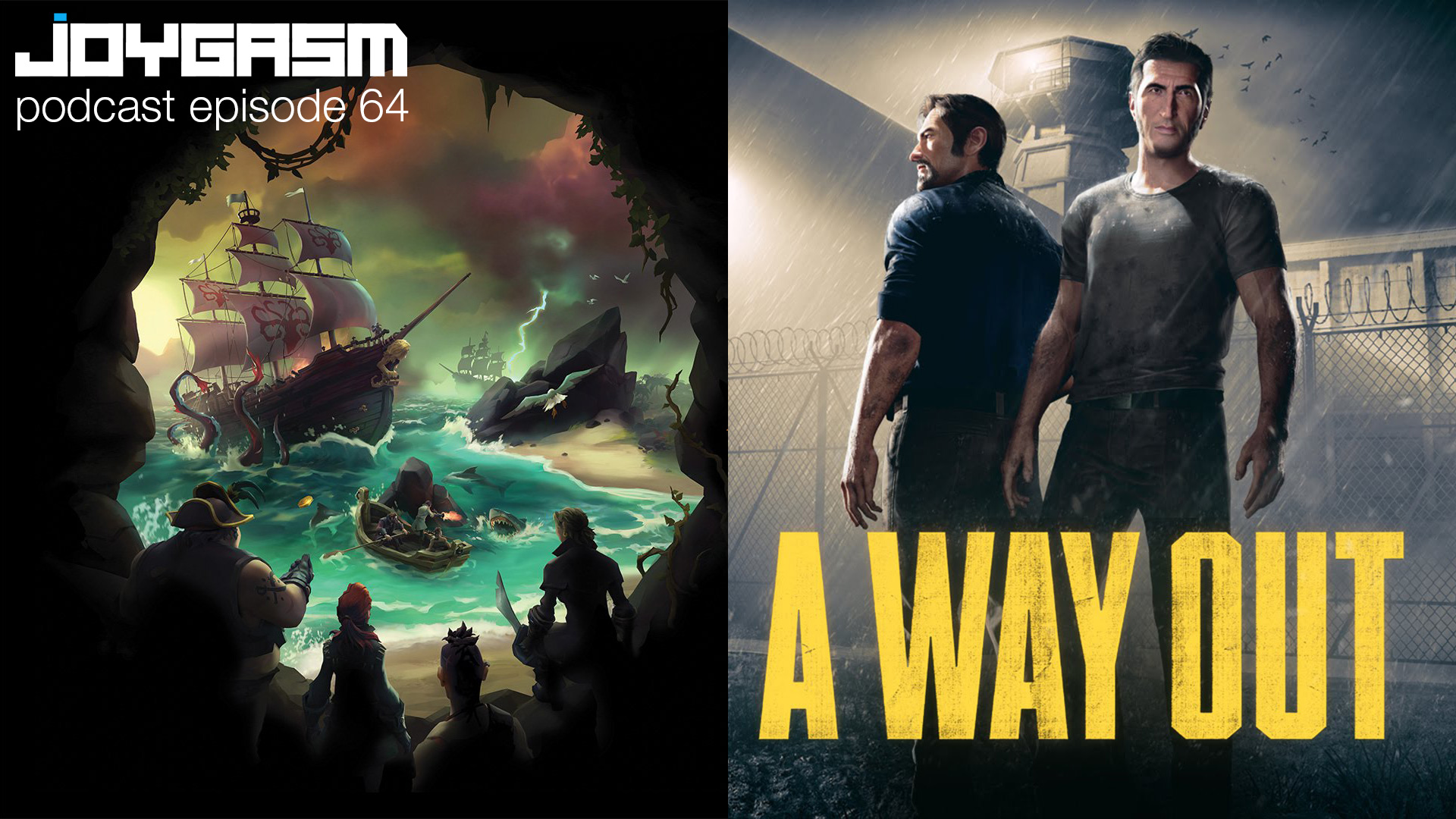 A lot has transpired this past week and we saucy siblings have a Joygasm of a time combing over each development!  Our Topic of the Day focuses on play impressions of both Rare’s Sea of Thieves for Xbox One and EA Games / Hazelight Studios A Way Out, which you don’t want to miss out on.  We also discuss the new Deadpool 2 trailer that dropped this week, Indiana Jones 5, Shazam official movie poster, Chris Evans making comments about his future involvement with Captain America, Star Wars soundtracks getting remastered, a Star Wars Unreal engine demo, Peter Dinklage appearing in a HUUUUGE movie this year, and more…