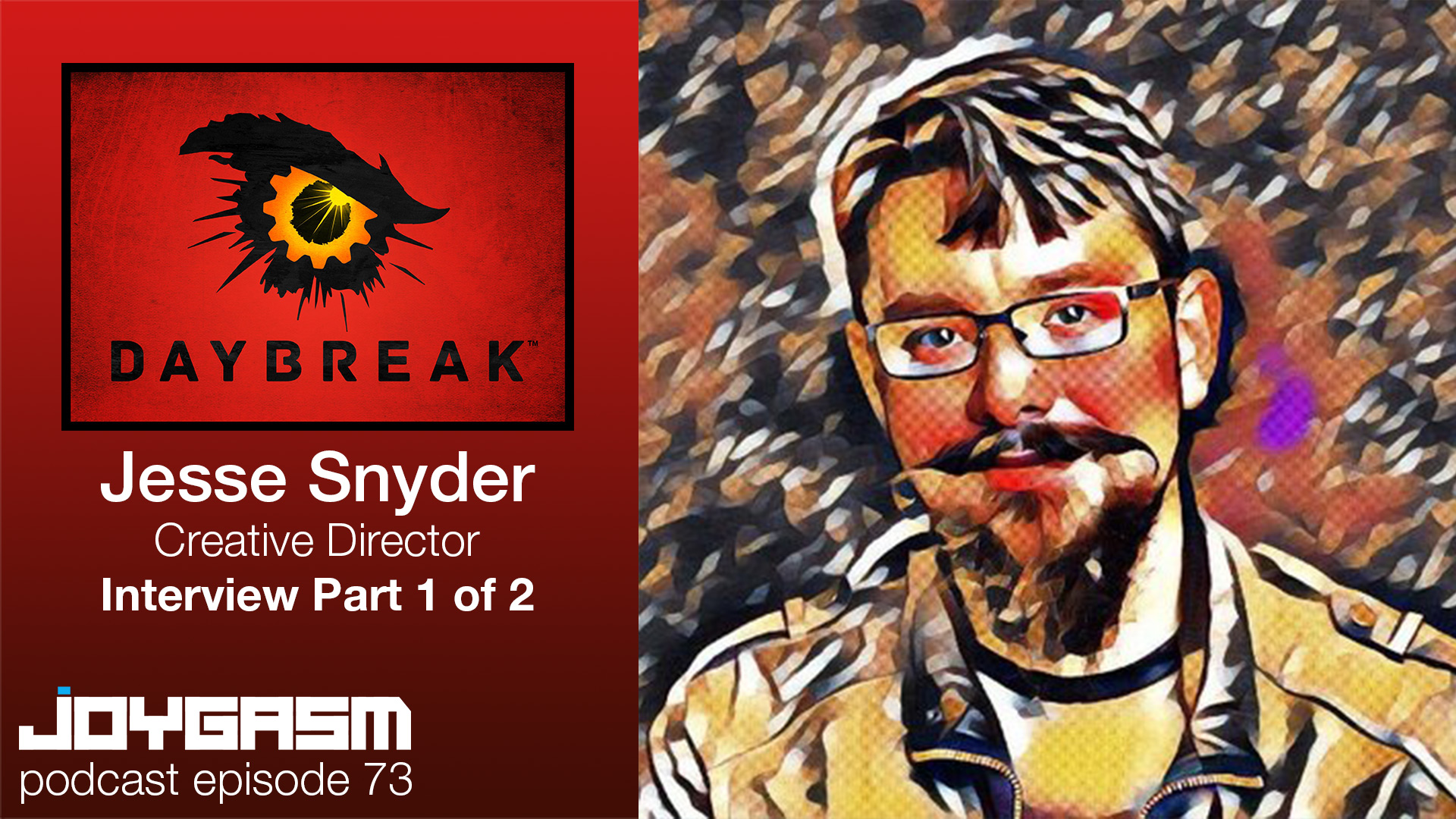 The Creative Director at Daybreak Games, Jesse Snyder sat down with us and had an insightful conversation about his career in the games industry – in fact, there was so much awesome sauce that we had to divide the exclusive interview into 2 parts!  Part 1 focuses on his origins before jumping into the gaming industry,  his first gig working on a brand new unknown game called Call of Duty & his rise to Gameplay Director of the franchise, what goes into being a game designer, being the brainchild creator of COD Zombies, setting the record straight with addressing Treyarch changing the origin story of how COD Zombies was created, analyzing what worked and what didn’t in Infinite Warfare & more. (Released first to http://www.patreon.com/joygasm supporters on 5.27.18)
PLAY WITH US!